Rick and I enjoyed selling at the most recent antiques/bottle show in Roseville in early December .  "Best of the West" always lives up to its name and has a wonderful variety of antique bottles, country store items and advertising.  I sold mostly advertising tins and trays. The show was a one-day show this year, and it was constantly busy, so not a lot of time to wander around and see what else was there!  It was a successful show for everyone! 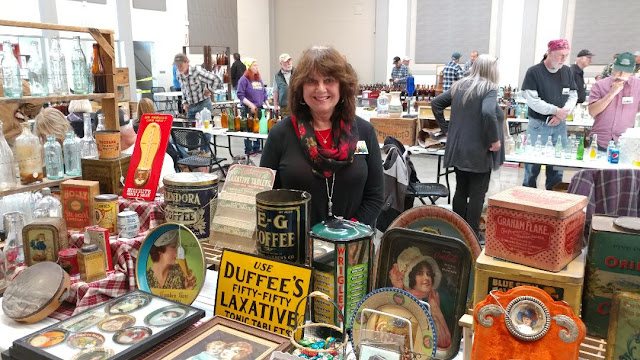 The next show, actually, the first show of 2019, is in Anderson, CA  on Saturday, January 26 at the Shasta Fairgrounds.  Hard to believe some of these shows have been continuously produced for so many years-this one is in it's 43rd year!

We'll be there so if you're in Anderson, stop by!  You just never know what you might find at these shows! 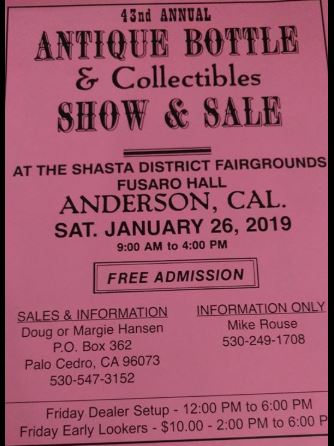 Vintage Gal Antiques is closed for the winter
and will re-open in April, 2019.  I'll be selling at shows until then!